In my last post I wrote about electrical polarity while learning how to build circuits. However only one LED light was working on my prototype kite frame. 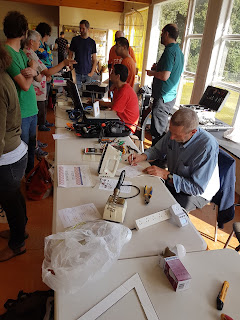 Today I went to the Maker Space at Gribblehirst Community Hub to ask for  some advice. I met lots of makers! They explained I had made a series circuit. The first LED light was using all the power and not sharing it with the other lights. I was glad I had asked for help and that people were so keen to share their knowledge! 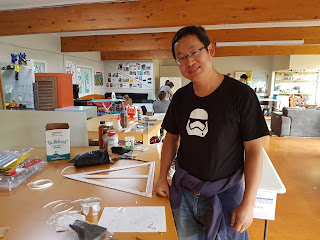 Ted explained that I needed to build PARALLEL CIRCUITS like my first try on the black felt. He also gave me advice about different batteries and other conductive metals like aluminium foil team 3  could use to make our Matariki kites. Ted had some awesome Matariki ideas! He even suggested using special magnets to help attach the battery to the circuit! I drew diagrams and wrote down lots of notes. 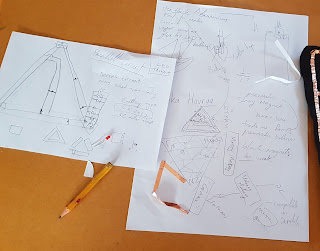 It's always good to look for advice and work with others when you come across a problem. I am even more excited about building sparkling LED Matariki kites in term 2.
Posted by Mr Vogt at 20:00 No comments:

Learning about circuits and LED lights for Matariki... 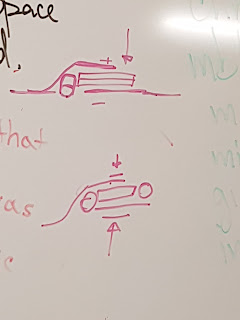 In the Holidays I visited the Maker Spaces at the TAP lab in Te Atatu and the Gribblehirst Community Hub in Sandringham. I'm meeting a lot of makers in Auckland and most importantly... learning! 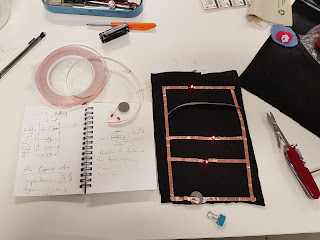 I never learnt how circuits worked when I was younger. Last week with good teaching, advice from the makers and experimenting with conductive metals (copper tape and aluminium foil), I made the a circuit above for LED lights last week. 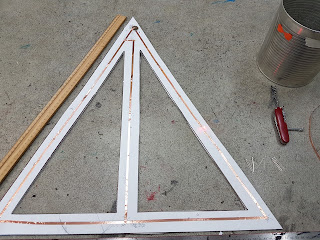 After finishing the circuit on the black felt, I followed the same rules of electrical polarity on my prototype Matariki kite corflute frame but only one light was working....
Keep an eye out for more electrical kites from Team 3 this term! 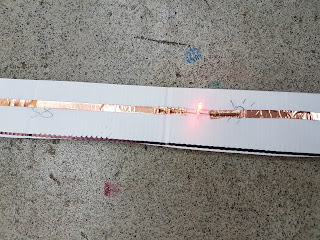 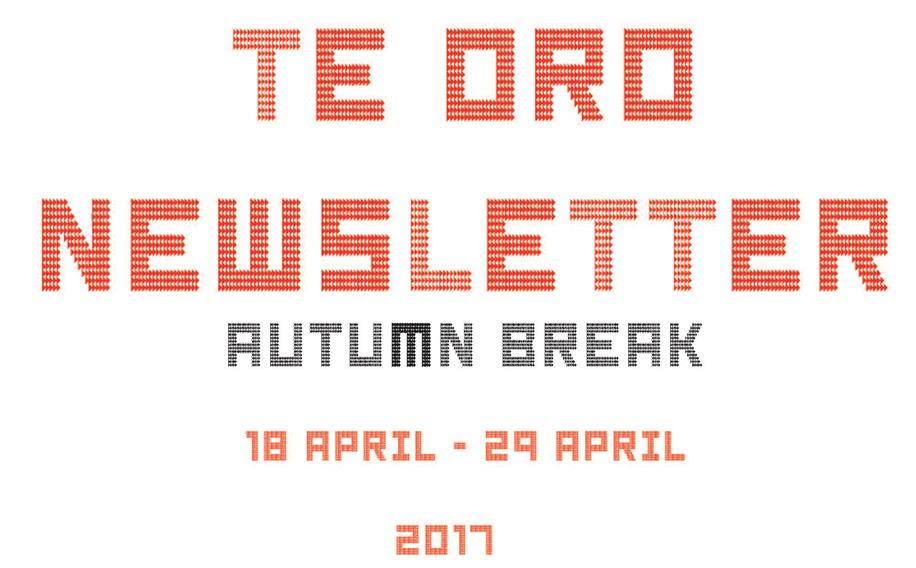 We are very proud of our Maker Space work that we shared with our Glen Innes community at Te Oro. We saw some amazing work from the other Manaiakalani schools which inspired us for future projects.
Te Taiao o Tamaki Exhibition Highlights 2017 from SchoolTV on Vimeo.
Look out for Team 4's Bird Feeders, Team 1's Bollywood Pukeko, Tui and Eels! You can also see Team 3's Weta Hotels, and Team 2' s Eels looking out from our Omaru Awa hanging tapestry that all the teams helped to sew and construct.
Posted by Mr Vogt at 11:30 No comments:

Our Maker Space Kaupapa is woven from six values:

The Maker Space room provides students time and an area for children at Pt England to explore and learn through hands-on creativity.

Using modern technologies as well as traditional skills and materials, students use the Maker Space and its resources to design, create and innovate!

Classes from Year 1 to 6 visit the Maker Space throughout the week to learn through hands-on activities and projects related to their inquiry topic.

I also teach extension classes up to year 8, including robotics, clay working, coding, gardening and looking after our eels.

Before entering the Makerspace I taught in the classroom as well as an art educator.

Who is visiting this blog?